08 Dicembre 2022
Home Uncategorized Amete Debretzion: “30 years ago I was like Rosa Parks” 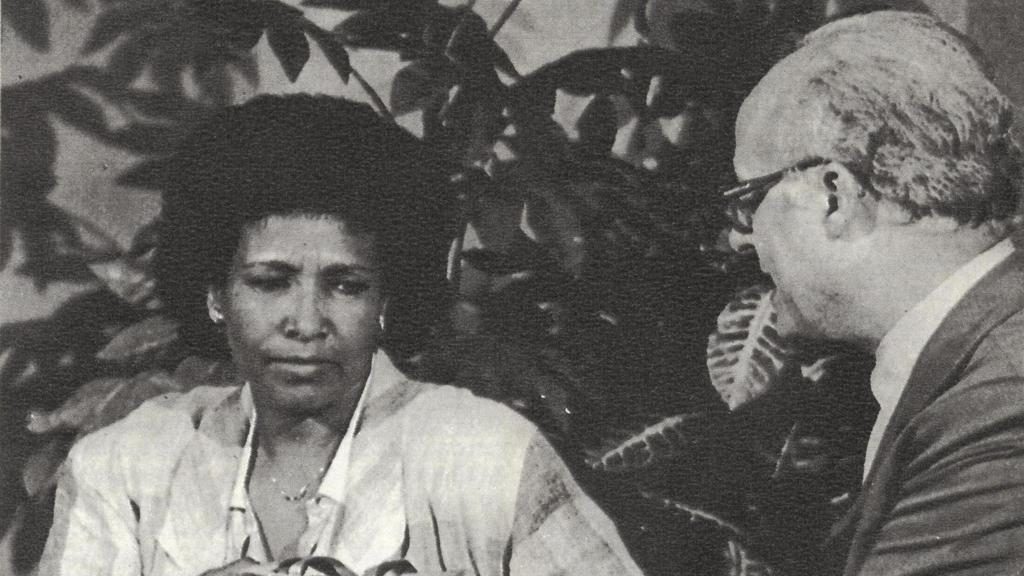 Amete Debretzion: “30 years ago I was like Rosa Parks: on the bus they shouted me to give up my seat to white people”

Amete Debretzion, who is originating from Eritrea, was the victim of a case of racism in 1988 in Rome, which caused much uproad. “Italy has got worse, my son has left”

Someone, thirty years ago, compared her to Rosa Parks, the Afro-American woman, who in 1955 refused to give up her seat to a white man on a bus in Alabama.

She is Amete Debretzion, originating from Eritrea, who, in May 1988 in Rome, was the victim of a case of racism which caused uproar: “Enough with black people, give up your seat to to white people” told her a fourty-year-old man while she was sitting on the 495 bus returning home, to the Tuscolano district, with her shopping bag and her four-year-old son on her lap.

She refused, she had paid for her ticket and had a right to that seat. Afterwards, though, as tension increased, she preferred to get off the bus to avoid the worst, accompanied by a couple of young lads, who had immediately defended her.

Mrs. Debretzion, who is now 67 years old and who has been living in Italy since 1973, at the time was the housemaid of Carlo Mazzarella, actor and journalist of the Italian Television RAI.

She told him about the incident and Mazzarella resolved that it should definitely be told: so one Sunday afternoon, on May 15th 1988, a Tg2 report by the same journalist revealed the story of the woman, that within hours ended up on all newspapers, arriving in Britain on the BBC.

“I recall that day with anger and fear – Amete Debretzion tells us today, who still lives in Rome and is a pensioner – two opposing groups formed on the bus, there were people who supported me and others who were against me. I alighted and took another bus, heeding the advice of the two young people who had taken my side.

I do not know who they were, but they’re always in my heart.”  The mayor Nicola Signorello, a few days afterwards, met Amete in front of the television cameras: “On behalf of the city, I apologise – these were the words of the Mayor – Mrs. Debretzion, please believe me, Rome is not a racist city”.

In actual fact, in the thirthy years that followed, the lady has been the victim of other racist attacks and the four-year-old son who was on her lap back then preferred to emigrate to London, England, where he found a city without prejudices. “My son was very young, that day he got really frightened – says the former Eritrean housemaid – when he grew up I told him everything”.

The young man, whom she prefers not to name, is now 34 years old and has been living in London for more than ten years. He has lived a sort of reverse path, convinced by harassment and injustice to abandon our Country, though he was born and raised in Rome: “He has always told me that he felt Italian, then he started to work part-time at Aci, and had to cope with many nasty turns and bad remarks for the colour of his skin”.

Until one day, when he was 22, the young lad returned home and told her mum: “Now I have understood what you told me, you were right: I have an Italian passport, but I am not Italian because black Italians do not exist”. A sentence similar to a racist slogan which is still in fashion, and which left the woman speechless.

“Initially I did not want him to go to London – continues Mrs. Debretzion – but those episodes offended him. In England you have the feeling that everyone is equal, that it is sufficient to be good to succeed in your job. He is doing well, there. He has a role of responsibility in a large company in the pharmaceutical and fragrances sector”.

Also Amete, after that May of 1988, has had to nurse her resentment many times over: “I feel Italian, I have an Italian passport, but in these thirty years there have been nasty incidents. They would tell me “you are black, why don’t you go back to your country?” or the typical “you steal work from Italians”. Sometimes I get upset, some other times I try not to think about it. And after all there are many decent people who do not share these views”.

The situation seems to have worsened: “I see a lot of racism. What happened to me is nothing compared to what is happening now.

They all say they are not racist, this is what they say, but deep down may Italians are racist, although I do not want to generalise”. And the painful day of 1988 springs back to mind “I wonder what that person who attacked me thirty years ago would say; today, when you travel by underground, you see five Italians and thirty foreigners”. Then she grieves, discouraged “They will never accept you. I have lived here for 45 years and some people have never accepted me”.