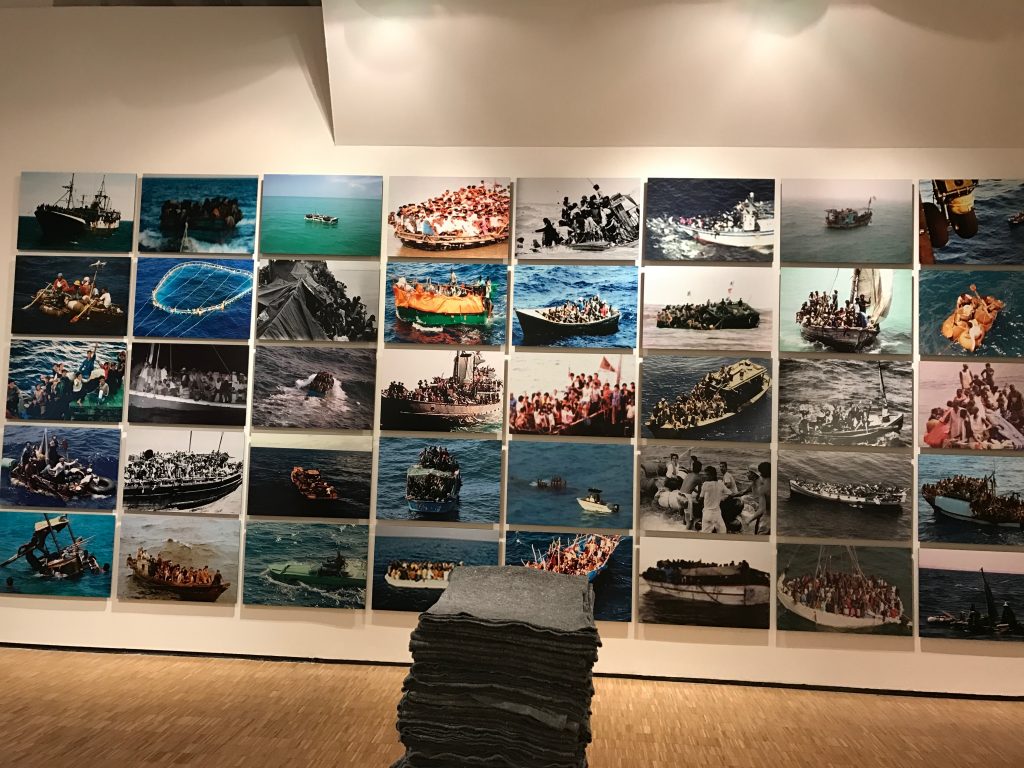 The scam of false Eritrean refugees

More than 100 thousand migrants that reached Italy in the last four years declared to be Eritrean citizens. But many aren’t: it is thought that 40 per cent is of Ethiopian nationality. A trick organised to obtain political asylum.

“In the reception centres I have visited in the past year, at least one third of Eritreans are frauds. The majority of them are Ethiopians from the Tigray region, who speak the same language and have similar somatic traits to our own.”

This is the disconcerting scam denounced by an asylum seeker from Asmara.

He adds “In Africa, owing to corruption, they steal and sell our identitites because we have a right to international protection, but we are surprised that this is tolerated in Italy.”

Eritreans waiting to obtain asylum in our country are few now, 2.651 and arrivals are declining (6.386 in 2017). But from 2013, when the boom started after the terrible shipwreck in Lampedusa (368 deaths), 109.266 migrants reached Italy declaring to be Eritreans. Most of them travelled on to Switzerland, Germany or other Northern European Countries.

Over a third of them is actually of Ethiopian nationality, that is migrants for economic reasons who do not have a right to political asylum. Two years ago Austrian Embassador Andreas Melan denounced the catch claiming that “30-40 per cent of Eritrean refugees in Europe are actually Ethiopians.”

Incidentally: between Ethiopia and Eritrea there’s no love lost, after the bloody war of 1998, which still hasn’t traced a defined border. The strong man of Asmara President Isaias Afewerki, is accused of being an authoritarian leader with little respect for human rights, even if recently the situation is allegedly improving. But young people continue to flee: in order not to be subject to the burdensome military service as well as for economic reasons, looking for a Western Eldorado.

Today the Eritrean Ambassador in Rome Mr. Pietros Fessahazion reiterated: “40 per cent of those who are granted political asylum are in fact Ethiopians.”

Panorama inquired on this issue, bringing a mechanism to light based on theft of identity, which starts from the UN refugee camps in Ethiopia and Sudan, where crooked cultural mediators overlook the real nationality of migrants and characters like Eritrean don Mussie Zerai, capable of mobilizing sea rescues to retrieve boats off the coasts of Libya.

We have met them and know their identity, but in this article they are indicated with made up names to avoid ripercussions for them.

“In the Mai Ani refugee camp in Ethiopia they stole my identity” explains Fasil, who arrived in Italy on a boat. “After waiting for years for relocation by UN to one of the available countries, I found out that another person had left using my name”.

The countries who accept Eritreans through the UN are the Unites States, Canada, Australia, Norway, France and more recently Italy.

The young Eritrean, who is  27 years old, recalls the embarassment of the Western officer of the UN Agency for refugees (UNCHR) , who checked my name on the computer: “she was bewildered. My details were correct, but the photo of the person who had already left thanks to the UN was not mine. They had cheated me.”

According to Eritreans, selling identities or documents in Africa, particularly to Ethiopians is an established business. The price of the full operation in local currency varies between 50 thousand birr (1840 euro) to 150 thousand birr (ca. 5500 euro.) An Eritrean identity card is sold at 900 USD.

In the past four years there have been 12.916 asylum applications in Italy, but over 100 thousand migrants who arrived by sea declared themselves to be Eritreans when they disembarked. In July the Ministry of Information in Asmara, Yemane Gebre Meskel, declared to the Bbc  that “the number of Eritreans leaving their Country has been exaggerared. Between 40 and 60 per cent are from Ethiopia or other Countries from the Horn of Africa.”

Yosef, the oldest of the asylum seekers met by Panorama staff, tells us of how “fake Eritreans ask for details about my country or about the national anthem, to support their lies  about their nationality. It happened to me at the Red Cross centre in via Ramazzini, now dismantled, and at the Cara centre in Bari.”

Munir and Futsum, both of wiry appeal, who arrived in November, confirm: “in the reception centre of the capital, where we live, a fake Eritrean asked how many colours our flag has. He was an Ethiopian who had to be interviewed for his asylum application.” Different cultural mediators and interpreters turn a blind eye or even favour the “scam” of Eritrean refugees.

“For 15 years I worked as an interpreter in the Commissions for asylum recognition” tells an Italian-Eritrean lady. “So many Tigrinyans from Ethiopia obtained protection, saying they were fleeing from Asmara. I did not report anyone to the Embassy, but they accused us of being spies of the Eritrean Government: so they hired Ethiopian interpreters.”

Don Mussie Zerai, the “Moses of migrants” as he is acclaimed in a book, has been a reference point for years, above all for Eritreans who arrive on boats. Since August he has been under investigation by the Police in Trapani on NGOs for “favouring illegal immigration”.

Zerai is part of a network of Eritrean activists in Europe who hopes for a change of regime in Asmara.   “When I was still in Eritrea I heard that Zerai could help us reach Italy” explinsanother asylum seeker, who has been in Rome since 2016. “Before I left Libya there was talk of this priest who would send rescues.

A source of the Coast Guard stresses that “the requests of intervention from Zerai soon appeared as an anomaly repeated in time. The rescue warnings for boats that left Libya almost always came from him. The suspicion is that he is part of a system, of a well established network.”

The priest denies allegations, claiming he always acted “in respect of the law for humanitarian reasons”. And secured himself a number of political covers. Starting from President [of the Chamber of Deputies] Laura Boldrini, who received him at the  Chamber.  On 3rd October, then, during the commemoration of the Lampedusa shipwreck of 2013, he held the celebration, despite being under investigation, in front of the President of the Senate Piero Grasso (today also leader of Liberi e Uguali Political Party) and the Minister for Education Valeria Fedeli.

Lucio Montanino, Pietro Gallo and Christian Ricci, on board the Vos Hestia of Save the Children as safety officers   started investigations on the NGOs of Trapani, also speaking about the warnings by an Eritrean priest. “On 10th October a Save the Children manager showed the captain the precise coordinates of a boat that had left Libya, which could not be found” says Montanino. In the Public Prosecutor’s office documents a telephone call between Gallo and Ricci explains the episode: “then I told them [the investigators] this story of these Eritreans, who said that a priest had sent the message.” And Gallo “He got the message from the Eritrean priest and we went there and found the wooden barge (…) on board we had the Eritrean mediator.”

Zerai (proposed as Nobel price candidate for peace) admitted he was advising various NGOs  such as Doctors Without Borders WatchTheMed and Sea Watch.

Gallo confirms to Panorama: “the Save the Children staff said the coordinates had arrived from an Eritrean priest in Switzerland.”. Because don Zerai had been transferred from Rome to Fribourg, where lives a strong Eritrean community.

Gallo adds “the impression was that the boat had been towed by traffickers in the middle of the sea, who then sent the coordinates to send the rescues.”

Investigators of the Trapani inquiry inform that “after the holidays there will be news” on the ambiguous role of humanitarian ships. Also an Italian source in Tripoli in the first line against the traffickers of human beings confirms: “Also in Libya it is known that many Eritrean migrants heading to Italy are in actual fact Ethiopians. They pretend to be Eritreans knowing that it is easy to obtain political asylum.”

In memory of Tsegereda Woldeghiorghis 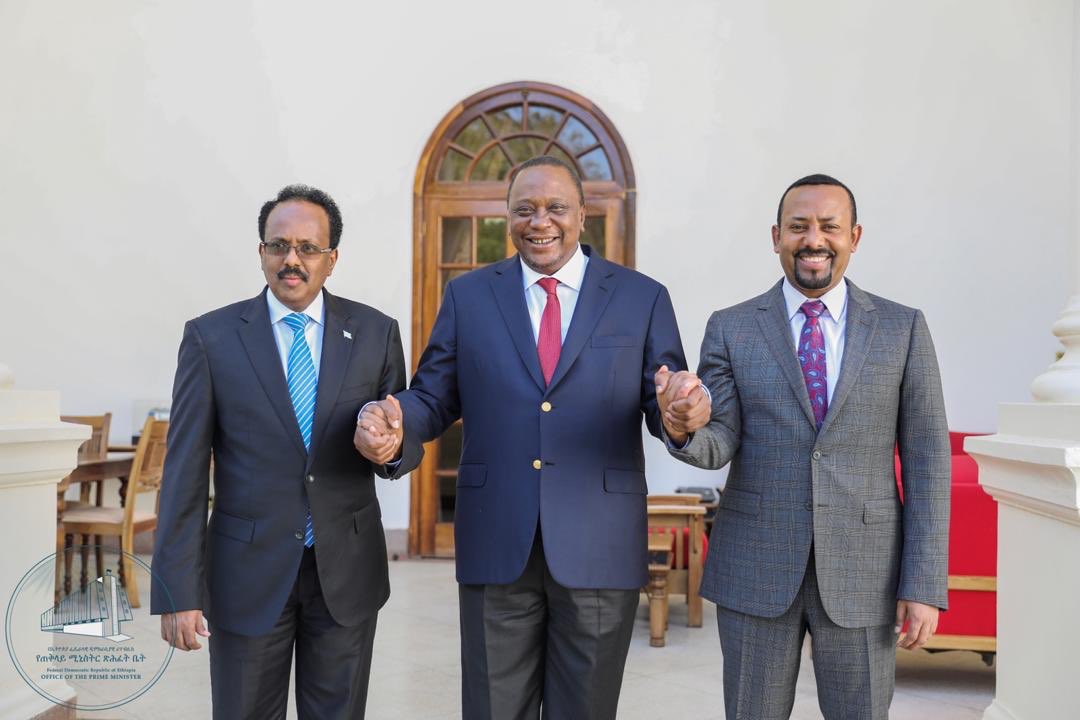